The first 2 days ended fast. We were planning to allot our day 3 for Singapore Zoo but later on decided not to as we were not particularly excited for it anyway. We headed to Chinatown instead, meeting at the same station, Tampines, then moving to the Downtown Line (blue) in Bugis for 1.53sgd(54php) so we can head to Chinatown station at 0.87sgd (31php) altogether. We visited the Buddha Tooth Relic Temple and Museum while waiting for Gian and Irene who were both in work. 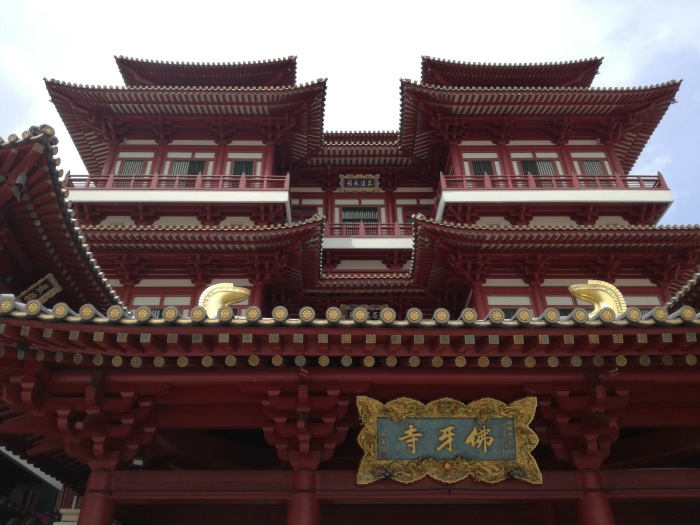 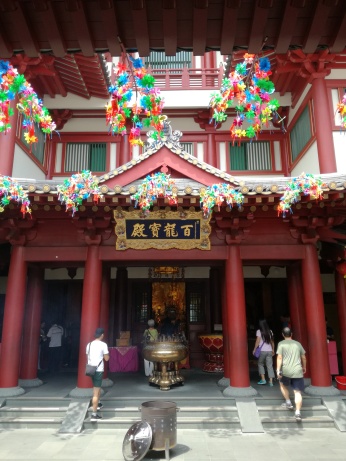 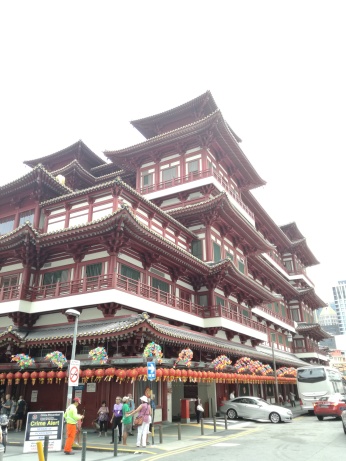 They met up with us for lunch while we ate at one of Gian’s favorite Hawker store inside Chinatown Complex.

A Hawker store is a term used for inexpensive stalls, typically in a food complex (food court).

The place where we ate was Gian’s favorite go-to place for Chicken Rice. Steamed chicken rice for 3.50sgd (124php) and Roasted Chicken rice for 3.8sgd (135php). Price also differs depending on which part of the chicken you want. I got my thick avocado shake in a nearby stall as well for 2.5sgd (89php) if I remember correctly. 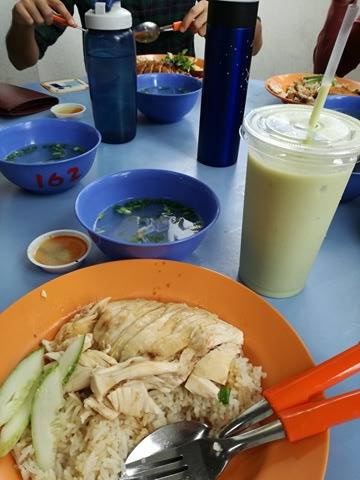 If you’re curious on how long the line is, I got you covered. During lunch, the line curves into the corner with at least 20 people waiting to be served. According to Gian, even before the stall got the Michelin approval, the line was already long, and afterwards, there ya go. 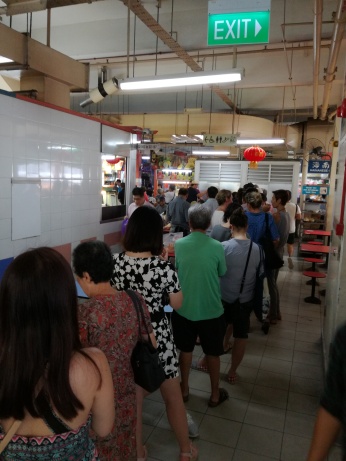 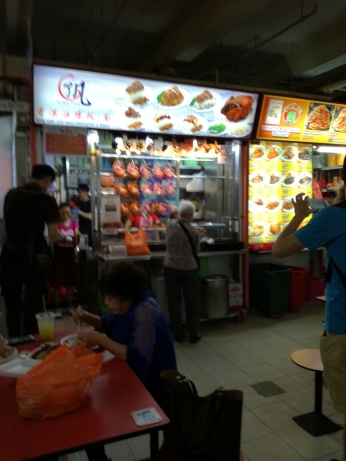 After eating, we headed to Chinatown, which is pretty much like their equivalent for Divisoria/Baclaran here in the Philippines. Multiple stalls are along the street where lots of affordable clothes, food, and souvenirs can be found. 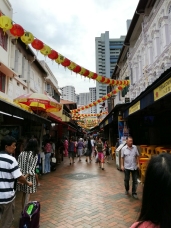 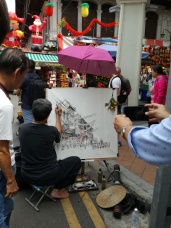 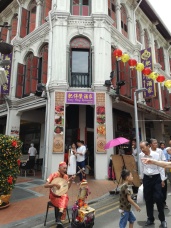 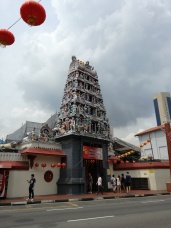 After coursing through the busy streets of Chinatown, we rode the North East Line (purple) to get to Dhoby Ghaut station along North South Line (red) for 0.77sgd (27php). We wanted to see the very Instagrammable Library at Orchard in Orchard Gateway but got lost as we thought it was in Orchard station. We had lots of walking before figuring out that we were at the wrong area and should be in Somerset.

We headed back to Somerset station also at 0.7sgd (27php) to visit the very Instagrammable Library at Orchard in Orchard Gateway. But before heading to the library, we decided to drop by Made with Love at 313@Somerset, a scrapbooking store I was dying to see. Sadly I was not able to get anything. We also dropped by Art Friend, another art supply store where we all bought some things. Art Friend is like a bigger and more organized version of Deovir and Joli’s in the Philippines.

Finally, we got ourselves to Orchard Gateway. It’s kind of strange to find libraries inside malls. 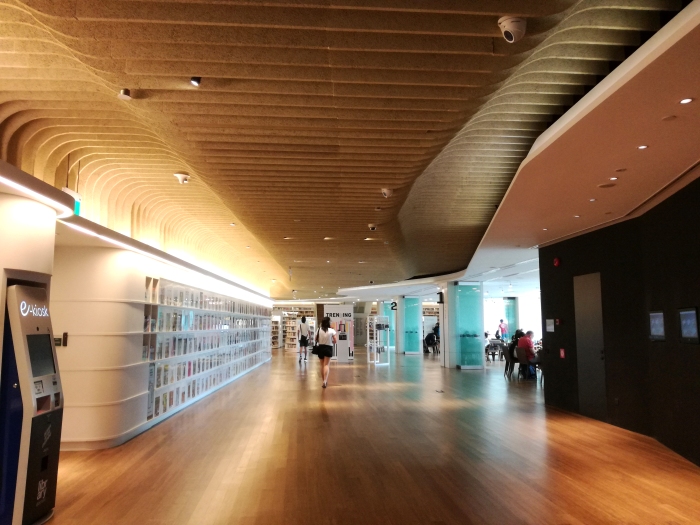 Entrance of Library at Orchard 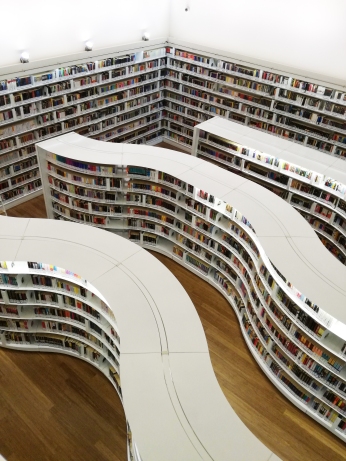 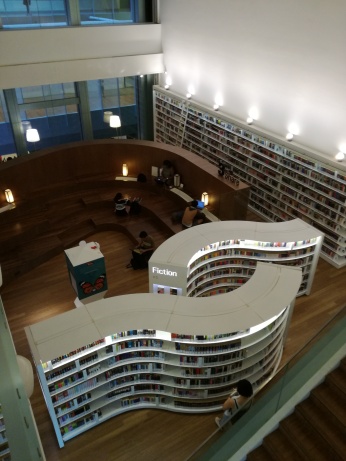 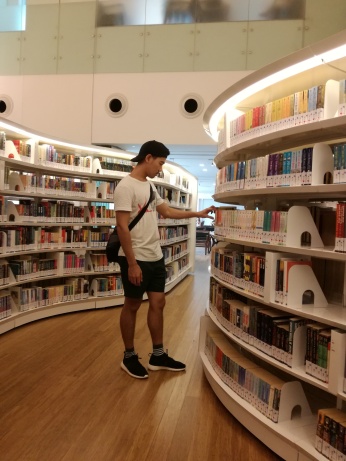 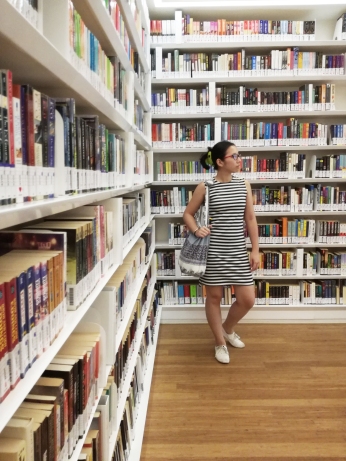 From Somerset station, we moved to Newton station in the same lane for 0.77sgd (27php) and transferred to the Downtown Line(blue) to Bugis where we’ll be meeting Gian and Irene after their work. Since it was only around 5pm, we decided to hang out somewhere so we can rest. We decided to stay in Gelare at Bugis+ because we were enticed by their 50% off Tuesday promo on waffles and it was Tuesday. LOL. Got this gorgeous for only 5sgd (178php) and a bottle of water for 1.5sgd (53php). It’s a huge and delicious waffle! 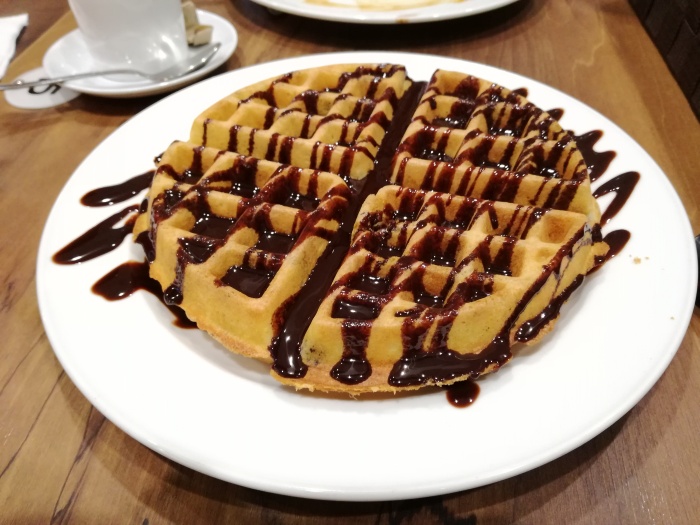 We went on to get our dinner when we met up with Gian and Irene. Sadly I forgot the name of the place but it was along North Bridge Road and near the Sultan Mosque. 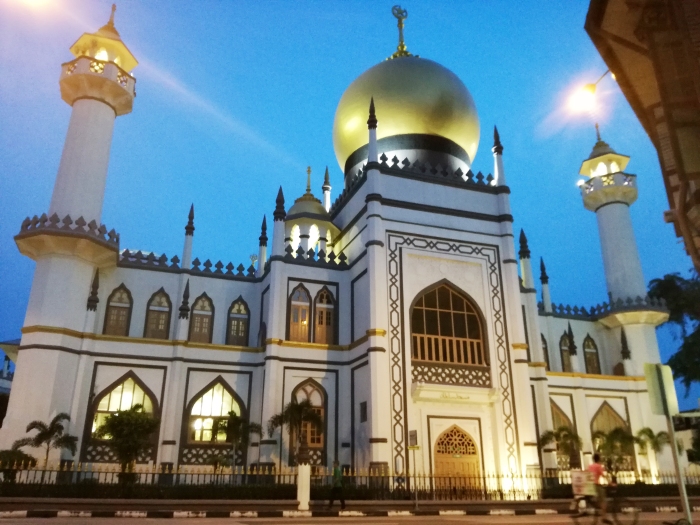 Sultan Mosque; one of the most important mosques in Singapore

Armen, Jed and I were still full from our waffle. I didn’t get dinner anymore. We ordered 3 varieties of food and iced Teh Tarik and only paid 4sgd (142php) each. What a deal!

After finishing our food, we headed to Haji Lane. Sadly, it was already a little late so a lot of the shops we re closed. One thing I love about the area is the uniformity of the shops. They all looked quaint and vintage despite selling almost similar stuff. Bag prices goes 50sgd above (1,775php) while some clothes go as low as 10sgd (355php) each. There are also lots of leather goods such as pouches and wallets, and even notebooks and accessories in the area. It’s a shopping haven, thus also the reason for the touristy price.

Around 9pm, we were heading back to the station to go home when we came across Meomi Cat Cafe. We were all pet lovers so we were easily swooned in. It was 13sgd (462php) for a 1 hour stay (5sgd subsequent half hour) with complimentary choice of apple or orange juice to go with. 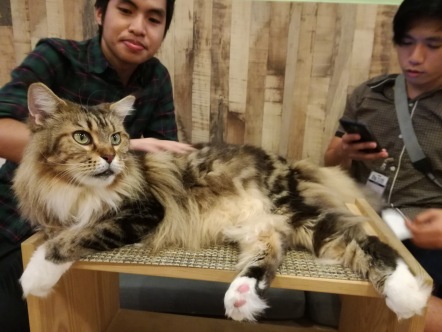 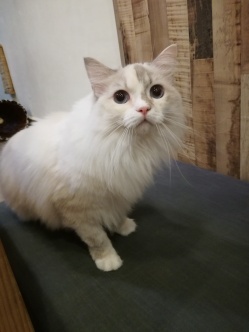 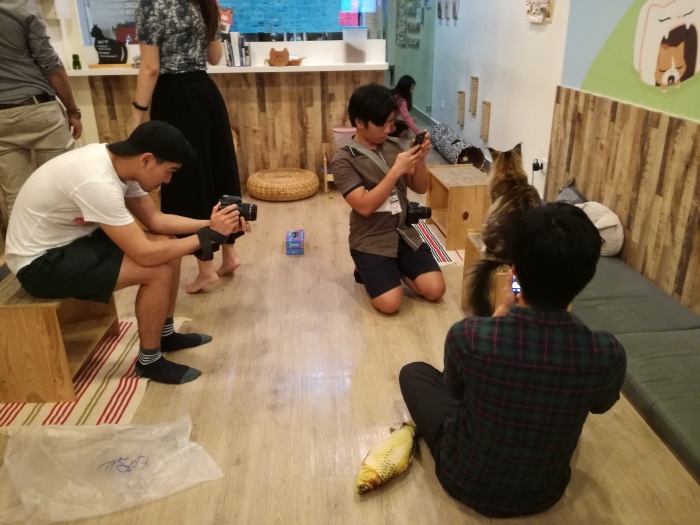 Armen, Jed and Gian all purr-ty occupied with Ms. Coo…. get it? lol

The owner is a nice lady who has a lot of stories. She shared with us some facts regarding her cats. She has 7 cats in her cat cafe if my count is correct. Around 10pm, we all headed home as I prayed that my bus is still available when I get to the bus interchange.

Reaching home and after cleaning up, I find a folded paper with doodles from my little cousin (what I’m using now as a bookmark). She usually sleeps at 10:30 but requested to allow her to sleep later to wait for me. She was allowed until 10:45, but it was already nearing 11 and I still wasn’t home. Apparently, she waited for me to come back to play with but I was too late and she needed to sleep. I was touched, so I set my alarm clock early so I can accompany her to school the next day. 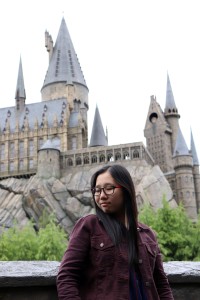