Ever since Love Live came to screen, I became instantly attached to the plot and the characters’ different personalities, much like K-On!! then. And just like any other anime, I get to choose my favorite- Maki.

I won’t say I’m a fan, because I know of people who are real fans, and I can’t compare myself to them. I don’t even play the game anymore but I’m one of the few who first played it before everyone got hooked. But since I have several Facebook friends and my shop’s obvious market, I come across multiple versions of the characters on a daily basis. Thus, creating one of my grail cosplans of 2015, the June version more commonly known as the wedding version.

I was laying low on cosplaying due to personal reasons, but I can’t throw away the opportunity when I found someone who was renting out her Maki wedding version. I tapped on a friend, Alecx, who’s avidly fond of Nico and pulled out my guts to ask her to do a NicoMaki shoot… to which, fortunately, she agreed to.

Since I don’t have much cosplayer friends, she was the one who invited some cosplayers and photographers to maximize our studio rental.

Due to some privileges I carried out from last year where we took a music video of Kyoukai no Kanata’s Yakusoku no Kizuna in Vera Studios. We pursued our photoshoot in the same place. In fact, why not. They have a freakin’ church background.

Proceeding with the photos, I had a good friend Aura Sy do one of my dreaded frustrations, make up.

Here are my favorite shots from the lot: 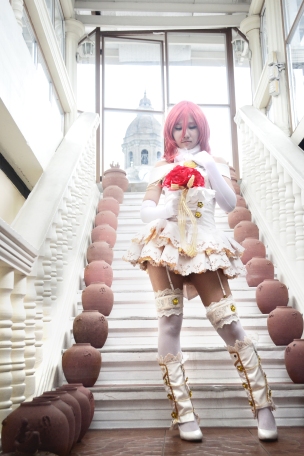 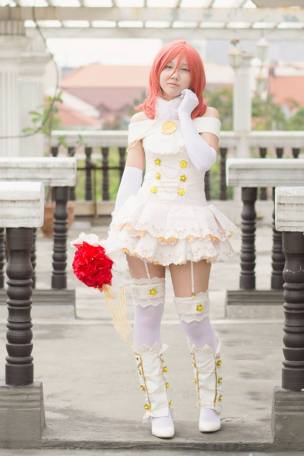 And of course, the OTP!!

ALL WAS WORTH IT.

And God Bless Ascos brand for creating such a wonderful costume.